This a testimony, I just have to share, about our Good God fulfilling his promise and standing by every word that our pastor decrees. ..
A friend of mine an American lost a baby exactly a year ago, she lost it all, mind, body and soul, she had being told that was her last hope of ever being a mother, so when she lost the baby, she also lost herself. .She refuse to see anyone, almost lost her husband, job everything, cause she felt she was a failure. ….Somehow, I manage to talk and pray with her and ask her to call my Pastor, he doesn’t know you, but he’ll pray with you. She finally called Pastor, and he prayed with her and told her, I don’t know why u called me , but am told to tell you “all is well, this time next year, you will be carrying your baby”….She called me back and told me about their conversation. All I said was as long as you believe. It will happen. .A few months later,, she called me wanting to know my OBGYN I told her but didn’t think anything to it until she told me she was expecting, I then reminded her about the prophesy, she was covered in goosebumps, she had forgotten, but I reminded her…today exactly a year later, I introduced my best friend MH and the little baby boy CH to my prophetic Pastor….thank you Sir……

June 17, 2013 I went to the doctor where I was informed that I had a cyst on my left ovary. I was told that it was not a big issue and that no procedure needed to be done at the moment, that it was possible that it could get bigger but that everything would be fine. I was having pain in my lower abdominal region so decided to go back to the doctor. I scheduled my appointment for December 2, 2013. I contacted the doctors office that day to let them know I was on my way, when they then informed me that my appointment was for the following day and that I was not going to be seen by the doctor. Now I know I’m not crazy, i know what day I scheduled the appointment for, but God had His own plan and I believe He did not want me to go back to that doctors office. I started searching online for another doctor so that I could find one that would allow me to go by after work and thankfully I found one. I went to the new doctor’s office where I was notified that I not only had one large cyst but many little cyst surrounding it as well. I was so nervous I could not contain my emotion in the doctors office and when I left their that evening my mind was racing with so many negative thoughts. I consulted with my Pastor the following day who told me to remove all those negative thoughts that I was NOT sick, and that I need to turn to God for healing. At the prayer session on Tuesday I prayed for healing and I continued to pray for the Lord’s healing in my life. I went to get a full lower body scan to check for any abnormalities and I was told that the results would be ready in three days. I continued praying to God and my Pastor continued praying for me as well. I went to the doctor to get the result of my scan and the results showed that I did not have one cyst in my body, even the doctor forgot that he told me I had one, because NOTHING showed up in the scan! God is so good and continues to be so good in my life! I thank Him for my health! I thank Him for my life! And I know that the God that I love and serve can do all things!
Thanks IM

I had been working at THD hospital for almost 2 years, I haven’t been a nurse for quite that long, but my experience is one of a kind. Close to December, I had been re- evaluating my career, I spoke with the manager frequently and had reason to believe that she supported her employee’s choices to advance on somewhere they would be happier. When I mentioned that I might be considering taking a float nurse position in the hospital, all of a sudden I started getting picked on. I couldn’t go to work without watching my back, I had to do everything perfectly, my stress level was through the roof. I prayed to God and asked him to protect me from my enemies and give me peace while I found another job, I went to church and told the pastor about my problem, he instructed me to fast and pray. I went to work several weeks later, and had the worst night at work. I did everything I could with my troublesome situation, only to find out that I was on administrative leave due to a lie that was told from higher up. I had no job lined up, and my lively hood was on the line, I was placed in a very scary vulnerable position. Yet I waited on the GOD and asked him to direct me and I will follow. I talked to pastor about job opportunities in a different state, he said: “No I don’t think that’s a good idea, go apply at Methodist, in 7 days you will have a job.” I was against going, I didn’t really have a good excuse, (if anything superficial), but applying to Methodist never crossed my mind.

I applied at Methodist for 2 positions, one position was a job similar to what I was doing and another position was float pool. I had interviewed for both, the first job interview was with a floor I was familiar with they said I would be making a dollar more than what I was making at THD; she pretty much offered me the job before I left the office. I interviewed for the second position, they wanted a nurse with more experience in many different areas; I didn’t have that much experience but in med/surg; however I told them that I was sent here for a reason and I am not accepting that. I can do the job and I am confident that I am the person that you want to hire.

I went home and got a phone call the next day, the Float position (the people who had me believing that I wasn’t qualified) made me an offer. I accepted the position from my HR representative without hesitation or asking about my pay. Before I could get off the phone she stated: “Oh you just want to do it for the money.” I said excuse me? What money? I got an email with my job description and what my salary was going to be, and my jaw hit the floor. My salary had increased significantly, I mean doubled and some. I was making more than nurses who had been nurses for 10 years or more. I can make my own schedule, and go to different floors, have new experiences, and most importantly NO More Floor Drama. To God be the Glory!!!!!!!!!!!!

A friend was helpless cause his wife had cancer. He could not make it to my church cause he is the care giver to his wife but asked that we pray for her. My pastor, Pastor Akinyemi lead the prayer warriors in praying for his wife , asking God for total healing. As of today, the doctors called it is unexplained remission but we at Miracle church call it DIVINE HEALING OF GOD. If you are reading this, regardless of where you have been, you might want to try MIRACLE CENTER CHURCH for your spiritual healing & blessing. This is from the one that would criticize and was skeptical. One of many personal miracles I witness personally in this church that i boldly claim now as my church…..TRY THE CHURCH AND WATCH GOD OPEN A WINDOW OF HEAVENS AND POUR OUT BLESSINGS SO BIG THAT YOU WILL NOT HAVE ENOUGH SPACE TO KEEP THEM ALL

I had been having shortness of breath off and on for awhile, so much so that it was difficult for me to sleep most nights. I had been seeing my doctor on a regular basis for my check-ups and mentioned my problem to him while at my regular visit. My doctor suggested that I have a Chest X-Ray to investigate the matter further. I received the results shortly after with shocking news, my doctor said that I had a mass on my lung, and that more tests would be needed to determine if it was cancerous or not. Naturally I was shocked and devastated, I prayed to God, I called every family member that I could think of that was in the medical field, and still anticipated my next visit with my doctor. I came to Miracle Center with my daughter for church and spoke with the Pastor; he prayed with me and told me that, the mass on my lung was nothing, don’t worry myself. I said to myself, ok “it’s nothing” and I came back to prayer meeting that following Tuesday, the pastor told me to have faith, don’t worry myself, and he instructed me to drink some of the anointing oil that he gave me from a previous visit; he said thank God, victory is mine, I am healed. I believed it and it was almost like I felt something exit my body while in the mist of everyone in prayer. I knew I was going to be alright. I went to the doctor a 2nd time and he said,“We are going to have to consult a specialist to see about this mass on your lung, right now we are going to draw blood work and set you up for a procedure where the mass will biopsied for cancer.” On the third visit the mass was biopsied and I wait a week or so after to hear back from the doctor. The doctor sat down with me to interpret my results and even he looked with disbelief. He said, “Well it turns out there is NOTHING THERE, there was a little oil (the anointing oil) in a pocket, but nothing there.” They offered to do more test to investigate it some more, I said “why bother, My God said otherwise, I am healed.” 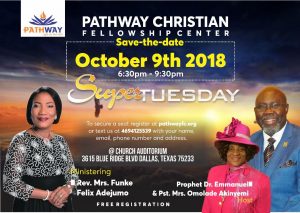